Special areas to consider, and a little history of Ibiza 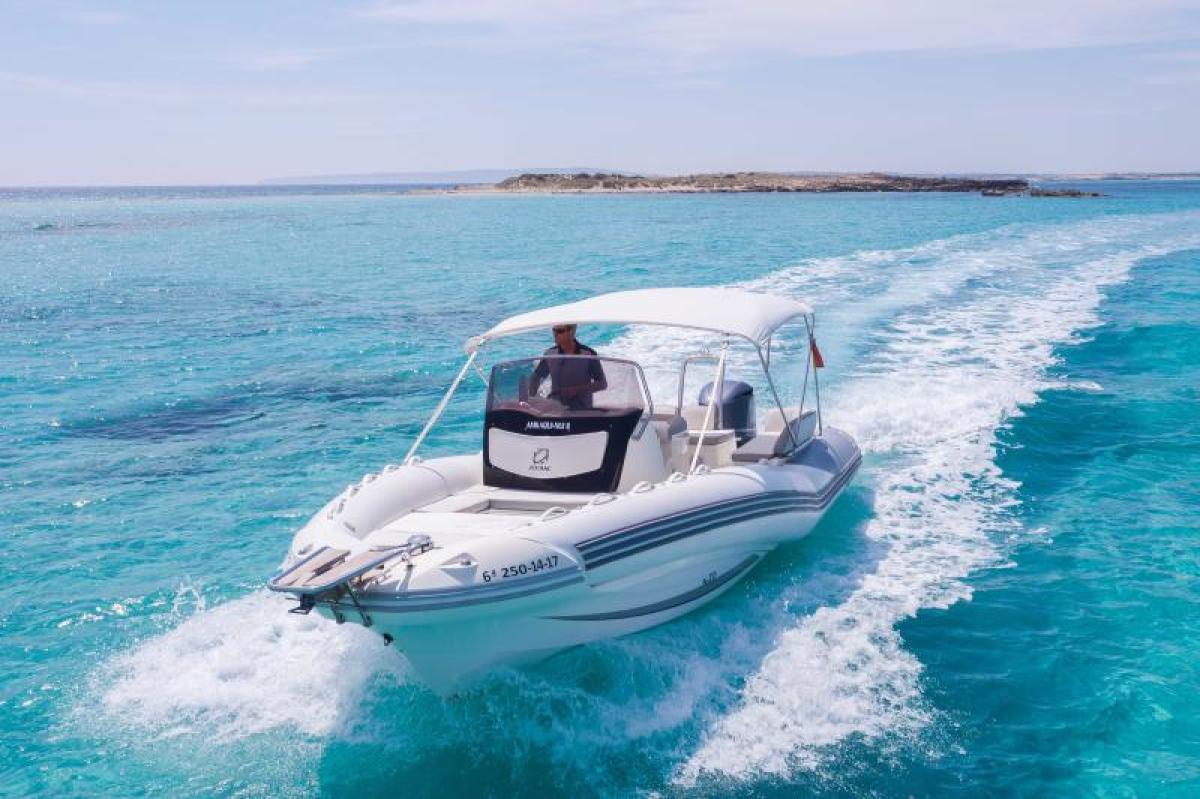 Special areas to consider, and a little history of Ibiza

Special areas to consider, and a little history

As long ago as the Neolithic Age, the Pitiusa Islands were a stop-off point for merchant seamen. For many civilisations, such as the Carthaginians, Phoenicians, Punics and Romans, Ibiza was a favoured stop-off point for sailors, due to the prevailing winds and the currents of the Mediterranean. Later, with the fall of the Roman Empire, it became the scene of numerous marine battles and shipwrecks thanks to its strategic location. For a time the narrow channel between Ibiza and Formentera was a hotbed of pirates and buccaneers. Turks and Berbers planned their raids on the entire Spanish coast from the islet of s'Espalmador. The gateways to Ibiza, Ses Portes, were turbulent waters. It was the sixteenth century.

Es Freus is a trio of narrow sea passages, separated by islets, that form a straight line between the tip of Ses Portes on Ibiza and the islet of s'Espalmador on the approach to Formentera. Most of the bloodiest battles were fought in the Freu Petit or d'Enmig passages in particular, between Caragoler and S'Illa des Penjats.  Next to this enclave are the Illes Negres. In the sixteenth century, sandstone from these islands was used to mould the corners of the bastions, and Turkish pirates fought hard to impede the progress of this construction.

The Penjats lighthouse sits atop one end of the islet of the same name.  The many shipwrecks that surround it have given it a reputation as being cursed, and its name may originate from the condemned prisoners that were executed on the island beginning in the Middle Ages.

Moving away from Es Freus, the La Bota inlet to the west is a place where you need to be very careful.  One mile northwest of Es Vedrà island, at a bearing of 330º, the rocky outcrops here drop off suddenly to a depth of 78m; this is only visible on the charts, as there are no other indications of its presence.

Finally, as we arrive at Sant Antoni, the passage between the Sa Conillera and Des Bosc islands is remarkable.  Crossing between islands is only recommended when the sea is calm.

In Formentera we recommend keeping an eye out at l'Escull Pla and Els Pujols. At the latter it is recommended not to go beyond a depth of 5m.

In April 2018, the International Hydrographic Organisation (IHO) recognized the abbreviation Sg (Seagrass) to indicate the posidonia meadows. The first nautical charts to include the posidonia that are now available for sailors are the following:

You can safely moor within the buoy field zones delineated  for this use around the Ses Salines Natural Park and in the Bay of Sant Antoni. To book moorings in these areas, contact the Sant Antoni Nautical Club by telephone (Tel. 971340645) or via the website www.balearslifeposidonia.eu (Zona del P. N. de ses Salines).

In Fomentera bookings can be made via the website http://www.cbbasea.com/landing/index.html or on VHF channel 77.

Bilge water can be discharged in the prepared facilities at the ports of Eivissa, Sant Antoni, La Savina in Formentera, and other private marinas. For more information about ports, marinas and the services they provide, check the website: www.ibiza.travel/es/nautica.php. Other waste can be stored on the boat itself and deposited later in the relevant municipal rubbish bins..

This app is a GPS chartplotter which is available for smartphones and tablets. The top seller, it includes coastal navigation maps from around the world and helps you manage information on tides, routes and ports. It also supports geolocated photos and makes it possible to create a virtual logbook during your trip. All charts are stored on the device so you don't need mobile phone or internet coverage.

Navionics has a free version that allows you to try out all the nautical charts before buying them. Their European nautical chart set costs €38.99.

Windy is a website with an APP interface, although it is also available as an app.  With a very visual design, it specialises in the creation of animated weather maps. It provides a precise and professional forecast, with details about wind, waves, snow and tides.  It bases its forecasts on weather reports from more than 30,000 weather stations, local reports and users.

This is the State Meteorological Agency website which uses data from the network of AEMET stations. It provides access to hourly observations from the last 24 hours in graphical and table form, including both extreme and accumulated values from 12am up to the indicated time of the most recent update, as well as daily summaries of data from these stations during the last 7 days.  It is recommended that it be used in conjunction with Windy.

An app developed by the Centre Balear de Biologia Aplicada SRL.  It allows you to reserve buoys and has detailed information about marine reserves. It can de difficult to find what you're looking for, but it has a chat feature for user assistance.

An app for iOS whose counterpart for Android is Sky Map. This is a free app that facilitates interactive identification of stars and constellations.